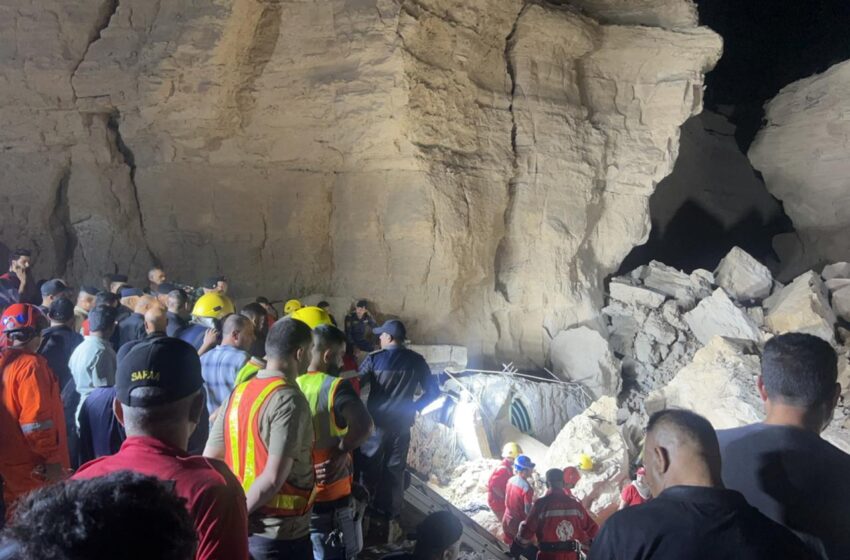 Operation continues to save people trapped under the rubble with at least four dead at the Qattarat al-Imam Ali shrine in Karbala province.

The official Iraqi news agency INA, citing the civil defence service, said on Sunday that four bodies were recovered from the debris at the Qattarat al-Imam Ali shrine in Karbala province, central Iraq.

“We have found four bodies, including of a woman,” civil defence official Abdelrahman Jawdat said.

Mahmoud Abdelwahed, reporting from the capital Baghdad, said many worshippers had gathered at the shrine during the Shia Muslim holy month of Muharram.

“Heavy machinery was brought to the scene including bulldozers and diggers,” he said. “Family members are standing by, waiting for any news about their loved ones.”