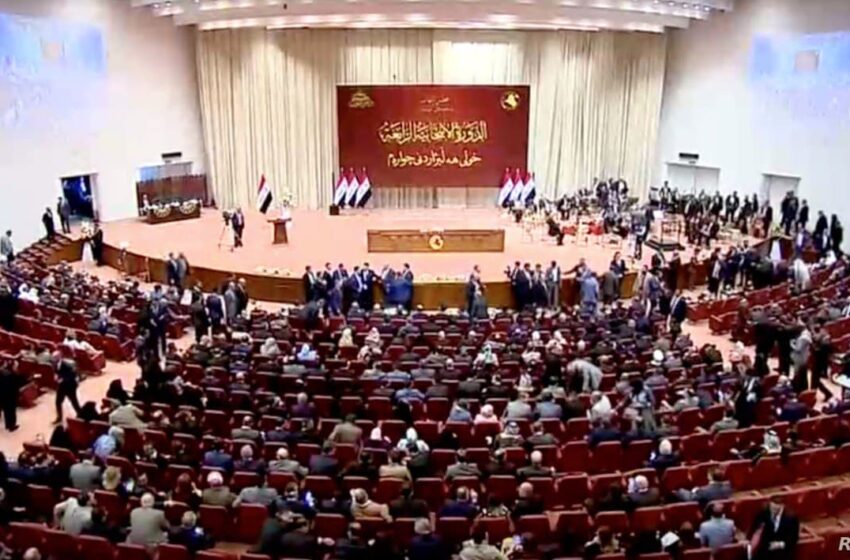 When the wave of the protests broke out at the beginning of October 2019 in Iraq, the Iraqi politicians did not realize the size of the gap between the demands of the protesters which were accumulated more than seventeen years, and the isolation of the politicians from the needs of the people. The waves of the protests began in a small range of different areas in Iraq. Rapidly, it expanded as if it were a rolling snowball in many regions of Iraqi governorates. Moreover, the platforms of social media and the influencers had a great impact on unifying the people against the government and enhancing the protest movement.
Al Tahrir Square was the region where most protesters and demonstrators were based there. At that time, they stayed all day in this region and set up their tents to protest and demonstrate against the public situation of their life.
The protesters demanded their looted rights and asked for making economic reforms, finding job opportunities, changing the authority, and toppling the government presided by Prime Minister Adil Abdul-Mahdi. The protest stayed between ebb and tide, pressuring the political authority in Iraq.

A new period began in the history of Iraq where clashes between the protesters and the riot forces broke out in Al Tahrir Square and many governorates in the south of Iraq. Tear gas and ductile bullets were used against the protesters to compel them to retreat and disperse them. But the protesters insisted on continuing their demands. Many protesters were killed and wounded due to the intensive violence against them. The strong pressure with falling many martyrs gave its fruit when the Iraqi representatives of the Parliament endeavored to achieve the protesters’ demands by changing the election law into a new one. On 24 December 2019, the Iraqi Parliament approved of changing the unfair Saint Leigo election law into the open districts. The new law divided Iraq into 83 electoral districts.
Moreover, this violent protest led to the collapse of the Iraqi government presided by Prime Minister Adil Abdul Mahdi. He was compelled to resign by the end of 2019. Many political names were nominated by the Iraqi politicians but the protesters refused them all because they were connected with different political parties.
Finally, Mustafa Al-Kadhimi, who worked in the Iraqi Intelligence Service and had no party, was nominated by the politicians to be the new Prime Minister. He was well-known for ambiguity and far from the lights of media.
Mustafa Al-Kadhimi has become the Prime Minister in March 2020. The protests were over at the beginning of April 2020. With the taking of responsibility of helping Iraq, Mustafa Al-Kadhimi promised the protesters, who were called “Octoberians”, to hold a premature election, and the election was fixed on 10 June 2020.
Many politicians tried to postpone or cancel the premature election. Under their pressure, the premature election was postponed and fixed on 10 October 2020. During Mustafa Al-Kadhimi’s period as a Prime Minister, he opened new channels with the Arab states to enhance the cooperation and held many summits to support Iraq in the next stage.
Attempts to postpone the premature election by the Iraqi politicians were on equal foot, but all these attempts failed and the election occurred on the due time.
Before the election, many Octoberians and influencers encouraged the people not to participate in the election. On the day of the election, it witnessed low participation, and people were convinced of not happening any change. These calls gave their fruits in the process of elections in Iraq where the election witnessed very low participation, and most Iraqis refused to participate and vote to the nominees even though there was a new election law. When the elections were over, the Independent High Electoral Commission (IHEC) in Iraq announced that the results would be within two days.