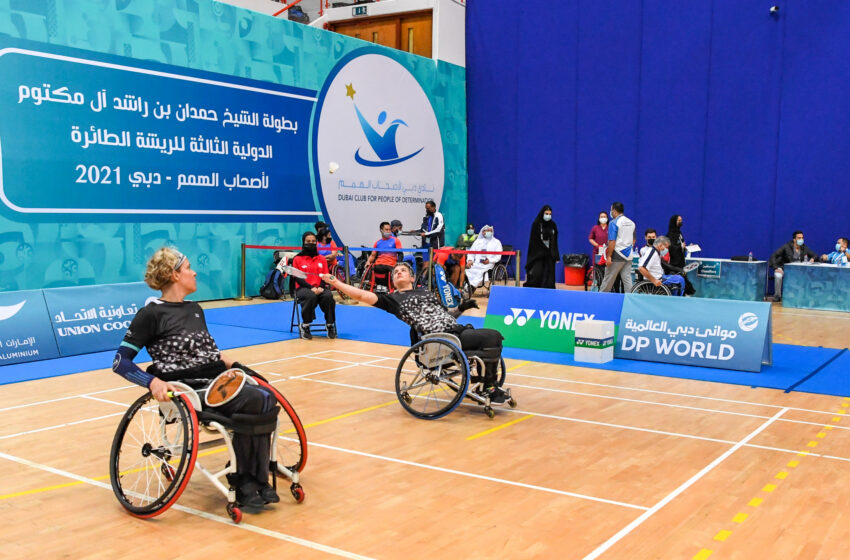 Dubai – Iraq para shuttler, Karrar Hayder Abbas Ghalwah, might have lost his opening match at the ongoing 4th Fazza Dubai Para Badminton International 2022 but he beamed with confidence. He was happy to take away the positives – the learning experience which he said will make him better player.

The six-member Iraq team are participating for the first time in an international event after their appearance in the continental West Asia Para Games held in Manama, Bahrain in February 2022.

“It was great to play in these courts. I was really excited. More than the result, it was about competing here,” said Ghalwah, who competes in WH2 category and has a bronze medal in men’s doubles event from the West Asia Para Games.

“This (the Fazza Championships) is a high level competition. And we have the top players competing in almost all the categories.

“I am here to watch every player playing and learn their game than just getting medals,” said Ghalwah who lost to Australia’s Grant Manzoney in his opening Group A match.

Meanwhile, 23-year-old Ali Alasadi, the SL3 players competing in men’s singles and doubles events, was ready to work hard and get good results in upcoming events.

A Wheelchair Tennis player for the last eight years, Ali is inspired by Roger Federer and wants to make his country proud with his performance.

The Iraq Para Badminton Federation was formed only three months back. And coach Ali Saihood has big ambition for his players.

“I want my players to be at top of the rankings among the Arab countries and in the West Asian region. I know it’s a long way to go for them until we reach our dream, but they are ready to keep trying and work hard.”

“We are taking one step at a time,” said the coach.

Mohammed Talib, President of the Iraq Para Badminton Federation, said the last two and half month training before the Fazza Championships wasn’t easy as the players lived in different cities in Iraq. “But everything was worth after coming here at the Championships.”

“Competing in Championships like this one will help them become better players and set their future goals.

“I hope we have more players including women joining the sport in the near future. Our aim will be to participate in major championships. The players performance here will definitely motivate youngsters back home.”