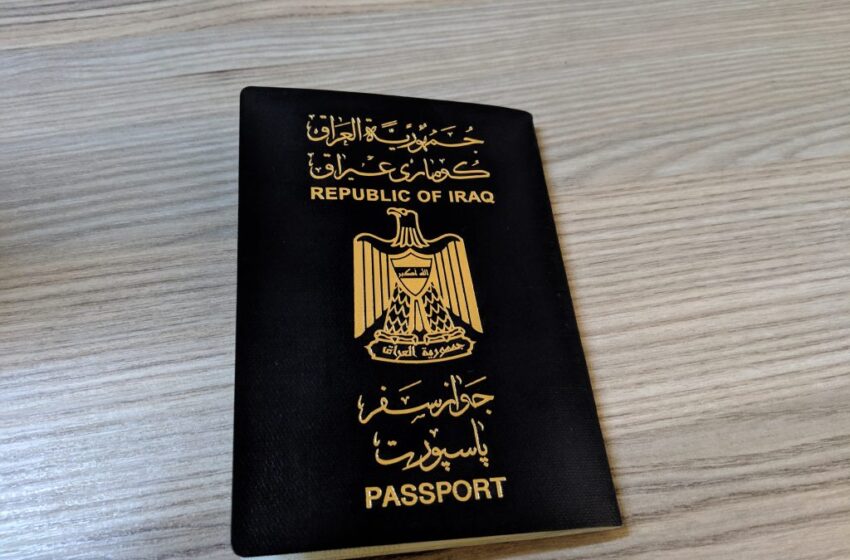 The Iraqi Ministry of Interior revealed on Saturday the global ranking of the Iraqi passport, and the number of countries it allows to enter without the need to obtain a visa.

Director of Passport Affairs in the Iraqi Ministry of Interior, Majid Adnan Ahmed, said that the Iraqi passport ranks 109th globally, and grants its holders entry to only 29 countries with no visa required.

Ahmed explained that the Iraqi passport is divided into four categories including the diplomatic passport which allows its holder to enter 13 countries.