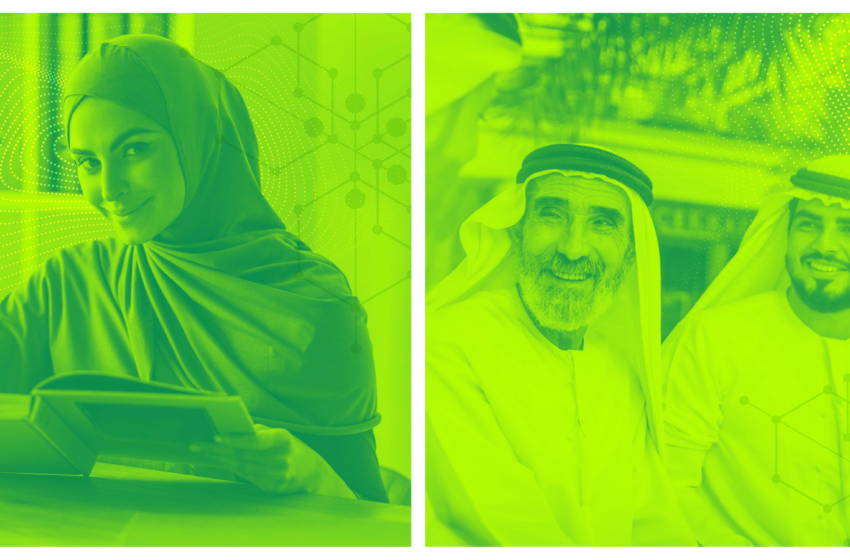 More than 80% of the “Arab Spring Generation” prefer stability to democracy.

Dubai, UAE; September 21, 2022: Young Arab men and women in the Middle East & North Africa, a cohort that has lived through the Arab Spring, the rise and fall of Daesh, and the Covid-19 pandemic, are charting a new course as they contemplate their future and now prioritise stability over democracy, according to the 14th ASDA’A BCW Arab Youth Survey.

Most of the so-called Arab Spring generation, which entered adulthood after the momentous events of the early 2010s, say they have more freedoms today because of the protests, that their voice matters to their leadership and that women have equal rights. But a majority in the GCC (57%), North Africa (62%) and the Levant (72%) argue that democracy in the region will never work.

More than eight in 10 (82%) in all three regions say that today, promoting stability is more important than promoting democracy. Better policymaking to address persistent material concerns like jobs, education and rising living costs is also high on their list of demands. While 87% of Arab youth in the GCC say their government has the right policies to tackle the issues most important to young people, less than six in 10 in North Africa, and barely a fifth (21%) in Levant say the same. Against this backdrop, more young people would prefer to work for themselves or with their family (28%) than for the government or the private sector.

The largest annual study of its kind

The key findings of the 2022 ASDA’A BCW Arab Youth Survey were unveiled today in Dubai by ASDA’A BCW, the leading communications consultancy in MENA. Now in its 14th year, the annual study of MENA’s largest demographic, its 200 million plus youth, is the largest survey-of-its-kind, and one of the few attitudinal studies to interview its subjects face to face.

According to the 2009 ASDA’A BCW Arab Youth Survey, 92% of respondents said living in a democracy was their single most important priority. There has been a decisive shift since, with 82% of youth overall saying that promoting stability was more important than promoting democracy, even though a majority (60%) say they are concerned about the increased role of government in their everyday lives.

Today’s youth nevertheless admit that their voice matters to their leadership, with 88% saying so in the GCC and 67% of youth in North Africa concurring. Youth in the Levant are more ambivalent, however, at 50%. Arab youth in MENA also point to improved gender equality, with 59% of women overall and 62% of men saying men and women have equal rights.

Unemployment and rising living costs continue to be a burden

Young Arabs say rising living costs and unemployment are the biggest obstacles facing the region. These have been their top two concerns in every year of the survey except 2016 and 2017, when youth cited the rise of Daesh and the threat of terrorism as their biggest worries.

More than a third (41%) say they are struggling to meet their basic expenses (this rises to 63% in the Levant), and more than half (53%) receive financial support from their family. Education quality remains a persistent concern (83% say they are very or somewhat concerned), though anxiety has eased slightly in the wake of the pandemic, while pessimism about job prospects is particularly intense in the Levant and North Africa (overall 49% in MENA say it would be difficult to find a job in their country).

Appeal of the public and private sectors waning, and more plan to emigrate

While many are now prepared to work for themselves to make a living, most still want to work for the government (39%), though the proportion saying so has shrunk 10% since 2019. The percentage preferring to work in the private sector has also dropped over the past three years, from more than a quarter (28%) to just a fifth.

Bleak employment opportunities are encouraging Arab youth to emigrate, with nearly half (45%) saying they are either actively trying to emigrate or have considered emigrating – up from 42% in 2020 and 33% last year. Canada (22%), Germany (19%) and the US (17%) are the three most popular destinations – the UAE is ranked fourth (14%).

The uncertainty of young Arab men and women today is arguably most conspicuous in their attitudes towards religion. Overall, 41% say their religion is most important to their identity (a 7% increase compared to 2021), followed by their nationality (18%), their family or tribe (17%) and cultural heritage (7%), though the attachment to religion is less in the Levant (24%). And nearly three-quarters overall (70%) and a clear majority in all three regions express concern about the loss of traditional values and culture.

Most youth in all three regions also agree that preserving the region’s religious and cultural identity is more important than creating a more globalised society (66% say this overall). And 70% of youth in the GCC and 60% in the North Africa say that Sharia law should be the basis of their legal systems rather than civil or common law, though just over 4 in 10 in the Levant agree. In contrast, 73% of Arab youth overall (78% in the GCC, 76% in North Africa and 65% in the Levant) say that religion plays too big a role in Middle Eastern life, and more than three-quarters (77%) say that religious institutions in the region require reform. Most (55%) also say that the Arabic language is less important to them than their parents, though only 40% of GCC youth share this view.

Like their peers in other countries, young Arabs struggle to disconnect from social media, with three-quarters overall (76%) either strongly agreeing or somewhat agreeing that they find it difficult to disconnect. This rises to 83% in the GCC.

Social media habits are changing, with half of Arab youth now saying they use TikTok daily, more than double the number who said they used the app in 2020 (21%). Meanwhile, use of Facebook and Twitter has declined over the same period. WhatsApp is the most popular app overall.

TV the most trusted news source

Unsurprisingly, online shopping has grown markedly in recent years, with 89% of the sample in this year’s study admitting they either shop via a social media app or a website a few times a month (compared with 50% in 2018). An impressive 98% of GCC youth admit to shopping online monthly.

A quarter (24%) of Arab youth say they are in debt, with student loans, car loans and medical bills being three of the main causes. More than a tenth of GCC youth (13%) attribute their debt to ‘excessive shopping’, after car loans and credit card payments.

With Covid-19 restrictions easing and the economy rebounding in some Middle East countries, young Arabs are the most optimistic they have been for five years, with 64% saying their best days lie ahead (87% in the GCC, 61% in North Africa and 45% in Levant). And more than half (54%) say they will have a better life than their parents, though just over a third of Levant youth think their lives will be better. The impact of the Ukraine conflict and global economic headwinds may yet test the resilience of Arab youth.

Donna Imperato, Global CEO, BCW, said the findings of the 14th ASDA’A BCW Arab Youth Survey open a window onto the shifting dynamics of the Arab world. “Once again, the ASDA’A BCW Arab Youth Survey provides rich data for policymakers, businesses and communicators who want to better understand the hopes, attitudes and aspirations of the MENA’s region’s largest demographic.

“While this year’s study arguably paints the most enigmatic picture of Arab youth in its 14-year history, some characteristics of the so-called Arab Spring Generation are clear to see. They are united by their faith, their roots, their resourcefulness, and their demand for a fair chance to succeed,” Imperato added.

Sunil John, President, MENA, BCW and Founder of ASDA’A BCW,said the research presented further valuable insights into the mindset of young Arab men and women across MENA, and the issues decision makers must address if they are to make the most of their potential.

“At ASDA’A BCW, we believe that to understand the Arab world, we must understand the hearts and minds of its largest demographic, its youth. Once again, this year’s survey pinpoints critical themes in their outlook.

“The current generation of Arab youth are moving on from the divisions of the early 2010s but have yet to decide the direction they will take. They want more freedoms, but they prioritise stability. They seek reform but want to preserve their culture and traditions. They are optimistic and self-reliant, believing their best days lie ahead, but their expectations are high.”

ASDA’A BCW commissioned IDS Research & Consultancy to conduct face-to-face interviews with 3,400 Arab citizens aged 18 to 24 in their home nations from May 13 to June 16. Interviews with an equal sample of men and women took place in 50 cities across a total of 17 Arab states.

Presented under six distinct themes – Identity, Livelihood, Politics, Global Citizenship, Lifestyle and Aspirations – the findings reveal a generation at a crossroads, confronted with the dilemma of preserving their traditional culture and values on the one hand, and embracing modernization and reform on the other.

To know more about the findings and to download the white paper on this year’s ASDA’A BCW Arab Youth Survey log on to arabyouthsurvey.com