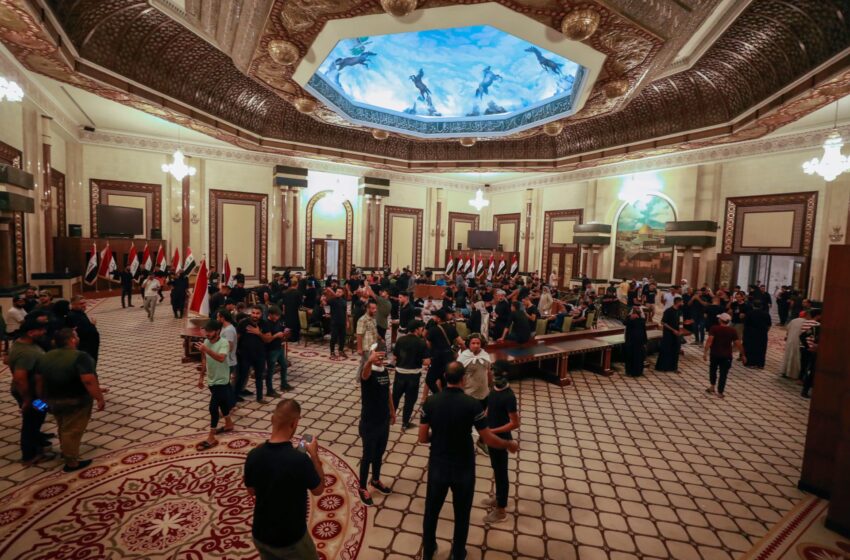 Sadr orders supporters to withdraw after violent clashes in Iraq

“The shedding of Iraqi blood is prohibited,” says al-Sadr

Iraqi cleric Moqtada al-Sadr urged his followers to end their protests in Baghdad’s Green Zone and gave them an hour to evacuate during a televised speech. He offered his condolences and apologized to the Iraqi people, claiming that “This is not a revolution (anymore) since it has lost its peaceful spirit.” And continued, “The shedding of Iraqi blood is prohibited.”

The upheaval started on Monday after al-Sadr declared his decision to resign from politics and his followers invaded the Green Zone, which used to be the U.S. military’s bastion but is now the location of the Iraqi government and international embassies. According to officials, there have been at least 30 fatalities.

Al-Sadr’s party won the most seats in the legislative elections in October, but not enough to form a majority government, leading to months of infighting between various Shiite factions. As a result, Iraq’s government has remained deadlocked ever since. Al-Sadr refused to engage in negotiations with his Shiite rivals whom Iran supported, and his resignation on Monday plunged Iraq into political turbulence and instability with no apparent way out.

Al-Sadr’s followers could be seen on live television launching rocket-propelled grenades and machine guns into the heavily-fortified region through a segment of pulled-down concrete walls the day after they entered the Green Zone. Machine gun-wielding security personnel in the area occasionally returned fire.

Two Iraqi medical officials reported that around 400 people have been injured and at least 30 individuals have died. The death toll comprised both al-Sadr supporters killed in clashes overnight and protests the day before. The officials, who spoke on the condition of anonymity because they were not allowed to divulge the information to journalists, predicted an increase in those numbers.