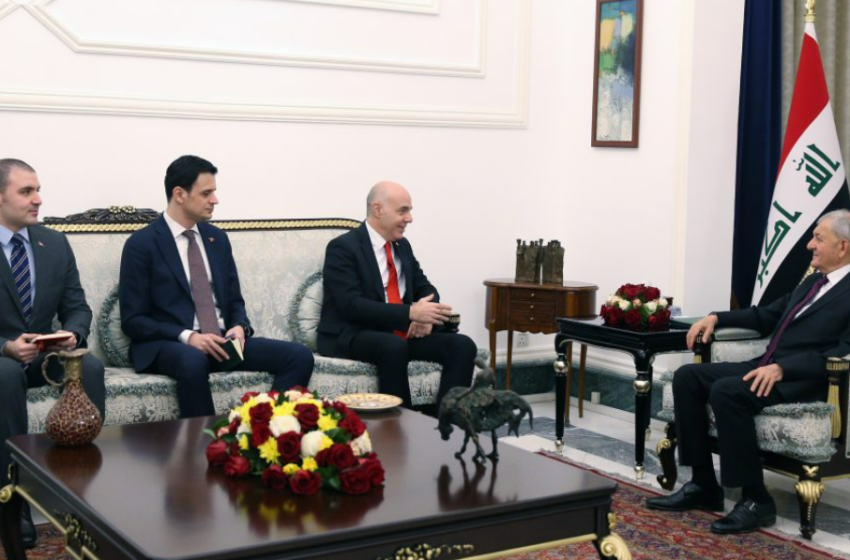 The new Iraqi President, Abdul Latif Rashid, discussed on Tuesday ways to strengthen the economic and trade cooperation between Iraq and Turkey with the Turkish Ambassador to Iraq, Ali Reza Konay, according to a press statement issued by the Iraqi Presidency.

The Iraqi Presidency’s statement mentioned that Rashid received Konay in Al-Salam Palace in Baghdad where Konay conveyed a message from the Turkish President, Recep Tayyip Erdogan, congratulating Rashid on his election as President of the Republic, and wishing him success in his work.

The meeting between Rashid and Konay addressed the bilateral relations between the two neighboring countries, according to the statement.

Rashid highlighted the importance of enhancing the economic and trade cooperation as well as developing other fields, to strengthen the ties in a way that serves the mutual interests of the two neighboring countries and achieves security and stability in the region, the statement mention.

Konay emphasized his country’s support for the security and stability of Iraq, and Turkey’s desire to strengthen and develop the bilateral relations in areas of common interest to fulfill the aspirations of the people of both countries, the statement added.