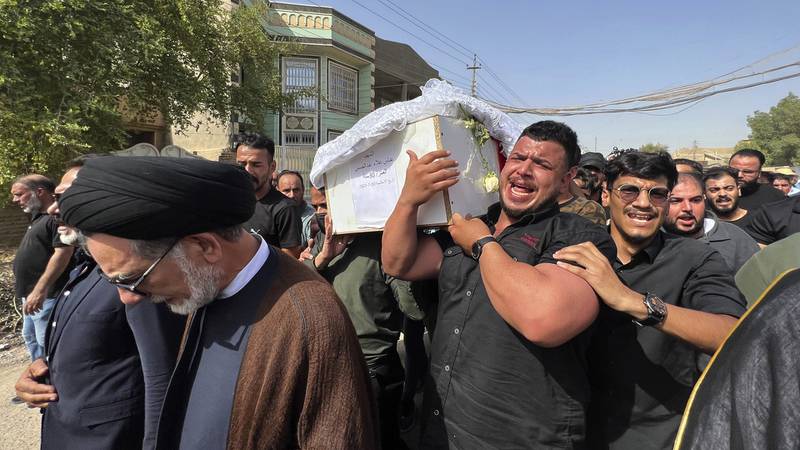 Iraq submits complaint to UN against Turkey after attack  

In Baghdad.
According to the Foreign Ministry on Saturday, Iraq has complained to the UN Security Council and asked for an urgent meeting to discuss a deadly artillery bombardment this week that Baghdad accuses Turkey of carrying out.

Nine Iraqi tourists, including a toddler, were murdered and 20 others were injured in the attack on the Zakho neighborhood on Wednesday in northern Iraq’s semi-autonomous Kurdish territory.

Ahmad al-Sahaf, a spokesman for the foreign ministry, stated that the department had called back the Iraqi chargé d’affaires from Ankara. The attack was discussed in the Iraqi parliament on Saturday, and legislators decided to create a committee to look into it more thoroughly.

The banned Kurdistan Workers Party, or PKK, terrorists are the target of Turkey’s cross-border military operations, which are frequently conducted from its several bases in northern Iraq. The group, which Turkey and the West have designated as a terrorist organization, has been waging an insurgency against the Ankara government for decades and has strongholds in the mountainous north of Iraq.

Additionally, although Iraqi civilians, largely local villagers, have perished in previous Turkish operations, Wednesday marked the first time that foreign tourists to the north of Iraq were also slain.

Ankara has denied responsibility for the attack on Wednesday. According to the Iraqi media, the Security Council meeting is scheduled for next Tuesday.

At a time when negotiations are taking place to share water in the Tigris and Euphrates river basin and Iraq greatly relies on Turkish trade, the new escalation threatens to further undermine relations between the two neighbors.

Baghdad summoned Turkey’s ambassador to Iraq after the attack and delivered a “strongly worded” protest note, according to the foreign ministry. Angering Iraqis then flocked to the streets in protest.