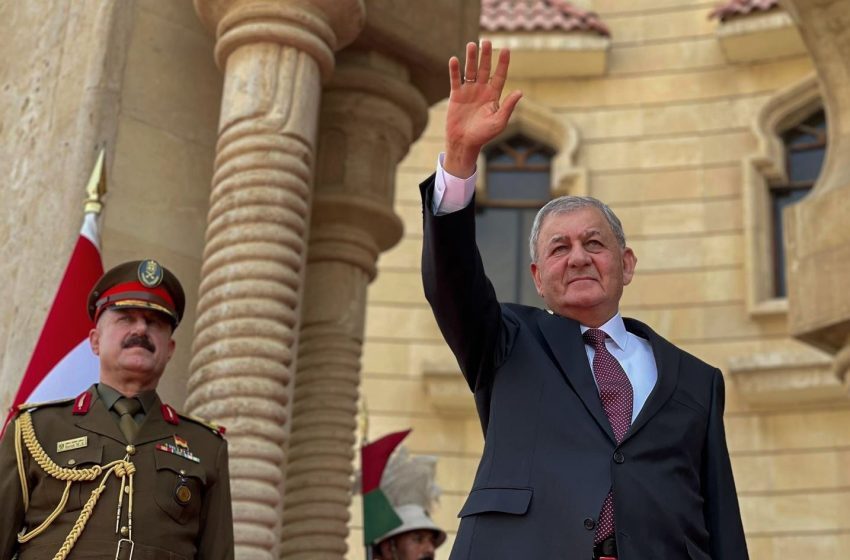 Iraqi President stresses the need to achieve security and stability

The Iraqi President, Abdul Latif Rashid, stressed on Saturday the importance of strengthening the foundations of security and stability, according to a press statement issued by the Iraqi Presidency.

Rashid’s statement was made during his meeting with senior police officers from the Iraqi Ministry of Interior in the city of Sulaymaniyah in Kurdistan region.

The Iraqi Presidency’s statement mentioned that Rashid urged officials to exert efforts to strengthen the foundations of security and stability in a way that establishes the rule of law and the application of justice to achieve equality among all Iraqis.

Rashid highlighted the necessity of developing security and intelligence performance to confront any attempts that threaten societal peace and security by taking proactive measures against possible terrorist activities, the statement mentioned.

The Iraqi President praised the efforts of the security agencies to achieve stability and protect citizens, their rights and their public properties, the statement added.

The Iraqi Parliament elected Abdul Latif Rashid as the new President of the country on October 13, after obtaining the majority of votes in the second round of the voting process in which he competed with former President Barham Salih.

Following his election, Rashid assigned the Coordination Framework candidate, Muhammad Shia Al-Sudani, to be the new Prime Minister and to form the new government.