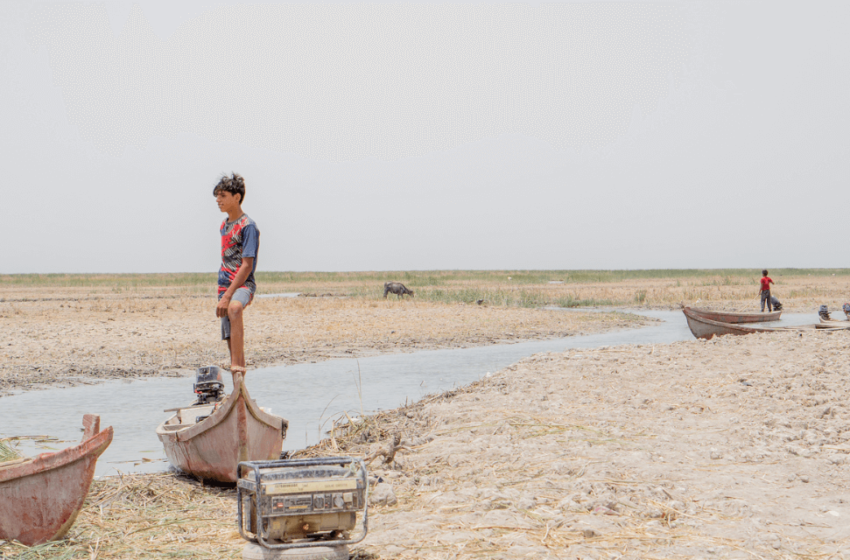 Farming communities in Iraq have seen their wheat, vegetable, and fruit harvests decline for the second year in a row because of severe drought conditions. Households throughout the country will be increasingly vulnerable to eroded incomes and challenges accessing sufficient food, warns the Norwegian Refugee Council (NRC) in a new survey ahead of the UN climate change conference (COP 27) in Egypt next month.

A quarter of the 1,341 household surveyed by NRC across five governorates this year said they witnessed over 90 percent of wheat failure this season, a direct result of water shortages according to those interviewed.

A further 25 percent said they had made no net profit out of their wheat crop for the entire year. Prolonged drought spells have forced one-quarter of farming families to rely on food assistance amid a lack of harvest.

“We are seeing the continued damage from Iraq’s climate and water crisis,” said James Munn, Iraq Country Director of NRC. “People are witnessing their fertile land and crops vanish year after year. The lands that have fed a nation are drying up fast.”

A worsening climate and water crisis spells disaster for regions that have long relied on agriculture as the principal source of income and livelihoods. Should the current drought conditions continue to damage crops and harvests, Iraq’s farming communities will be forced from their lands to urban areas in search of alternative sources of income.

For the second consecutive year, NRC has documented the impact of Iraq’s water and climate crisis on farmers and displacement-affected populations. The new report shows that one in three families in drought hotspots had to reduce the area of land that they plant, resulting in significant loss of crops and incomes. Four out of 10 said they have harvested less wheat, barley, fruit, and vegetables this year than they did last year.

Iraq’s drought crisis has worsened over recent years due to record low rainfall and rising temperatures due to climate change. These conditions are compounded by reduced river flow from Iraq’s neighbouring countries, as well as a lack of investment and water management nationally, resulting in worsened water quality and quantity.

NRC interviewed people who said they or their relatives had to leave their land altogether as a result of the situation. More than a third of respondents (38 percent) reported an increase in social tensions over competition for resources and jobs.

“We must recognize that lives and livelihoods are being harmed every day by the climate and water crisis, and this requires ramped up national and international efforts,” added Munn.

Up to 4 percent of those surveyed have been forced to move elsewhere as drought conditions get worse. Tayseer, 42, said he is considering leaving his land in Hawija, northern Iraq, as he expects a damaging income loss.

“If drought continues, I have to find another job. I have to leave the land. If I can’t plant it, who is going to be able to do so? Almost 10 families here have left their land… they couldn’t dig new wells or get electricity,” said Tayseer.

NRC urges the international community to increase Iraq’s access to climate resilience funding and ramp up diplomatic efforts to ensure fair regional transboundary water flows to the Euphrates and Tigris rivers. The Iraqi government should also increase investment in water management and infrastructure development to improve water quantity and quality for farming communities and their future livelihoods.