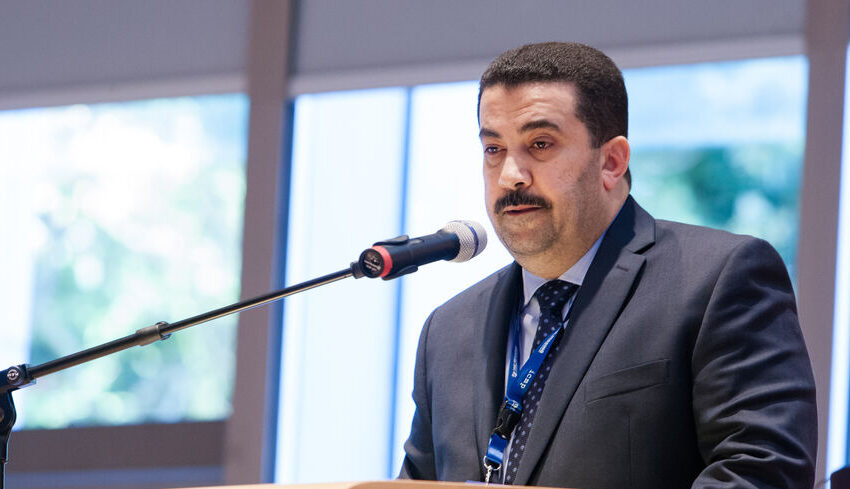 BAGHDAD: Iraq’s new Prime Minister Mohammed Shia Al Sudani said on Tuesday that he hopes to continue hosting talks in Iraq between Saudi Arabia and Iran during his tenure.

Speaking at his first press conference since his government received the parliament’s vote of confidence on Thursday, Al Sudani said his administration had received signs of interest in Iraq continuing to facilitate a dialogue between the two countries.

“We were asked to continue,’’ he said, without elaborating.

Iraq has hosted several rounds of direct talks between officials from the two countries since last year, though the talks have so far produced few results.

Al Sudani’s government is the first in Iraq since 2005 that does not include seats from the political bloc of influential Shiite cleric Moqtada Al Sadr. The confirmation of the new Cabinet last week ended a yearlong political stalemate punctuated by outbreaks of street violence, amid which Al Sadr withdrew his bloc from parliament.

The government has promised to fight corruption, speed up reconstruction of areas damaged by armed conflict and return the displaced to their homes. It also calls for the elimination of “uncontrolled weapons’’ held by non-state actors.

In Tuesday’s remarks, Al Sudani promised to focus on the “return of stolen Iraqi funds’’ that may have been transferred abroad and said he will hold talks with US-led forces in Iraq to understand the needs of Iraqi security forces. These include training needs and the number of coalition troops required.

US-led coalition forces have officially ended their combat mission in Iraq, but continue to play an advisory role to Iraqi forces in the fight against the Daesh terror group.