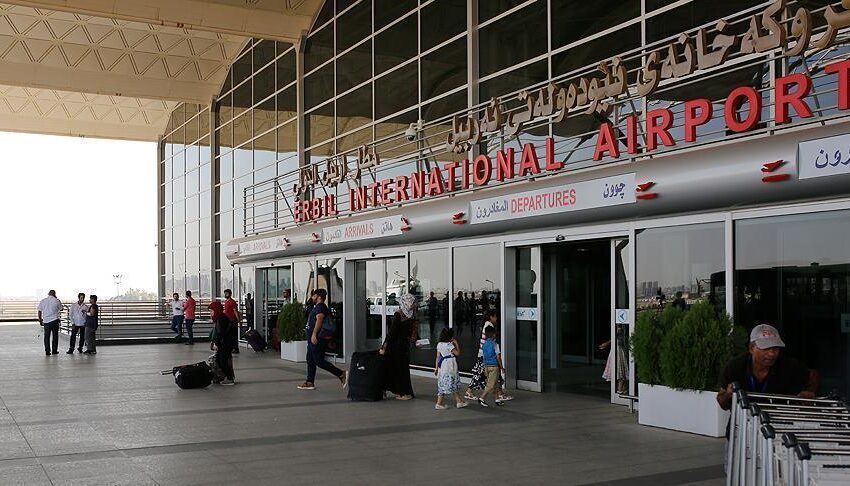 Iranians in Iraq tell of repression at home

“Iranians in Iraq” Penjwen – As deadly protests flare in Iran after the death of 22-year-old Kurdish woman Mahsa Amini, Iranians who have crossed into neighbouring Iraq’s Kurdistan region for work speak fearfully of repression back home.

Amini died after her arrest by Iran’s feared morality police for allegedly wearing a hijab headscarf in an “improper” way.

News of her death on September 16 sparked widespread outrage and triggered rare demonstrations.

“The protests begin in the evening and continue into the middle of the night,” said Kawa Krimi, 50, who had come to Iraq from Iran to visit relatives.

On streets in Iran, young people have set fire to pictures of Iran’s supreme leader Ayatollah Ali Khamenei amid shouts of “death to the dictator”.

Protests have provoked a deadly backlash by security forces, with the authorities trying to restrict internet access to snuff out coverage.

Iranians who cross into Iraq for work or to see relatives say they are still too scared of repercussions at home to speak openly.

Krimi, using an alias, said that in his home town of Marivan in western Iran a “general strike” had begun on Friday.

“All the shops and markets are closed,” he said.

Some said that while Amini’s death was a trigger, a long-running economic crisis and a wider climate of repression fed into the explosion of anger.

Krimi said protests are ongoing in Marivan, despite a wave of arrests and the use of live rounds by security forces, wounding one boy in the head.

Iran’s western Kurdish areas — where Amini was from — and Iraq’s northern autonomous region of Kurdistan have close ties.

People speak the same language, and many have relatives either side of the border.

When Iranian Kurds speak of Amini, they use her Kurdish first name, Jhina.

In Marivan, protesters “face off” against the security forces, said 27-year-old Kochar, another Iranian recently arrived in Iraq.

“Most of the protesters are young men and women,” Kochar added, a labourer loading tomatoes into a truck.

They “hold up pictures of Jhina, shouting slogans against the Islamic republic in front of the governor’s offices”, he said.

Kochar said shops had shut earlier in the week in “protest at the death of Jhina and the politics of the Islamic republic”.

Kochar, like others, say the economic situation in Iran is tough, after years of biting sanctions imposed by the United States after then president Donald Trump withdrew from a multilateral nuclear deal with Tehran in 2018.

He plans to work in Iraq for month, where he can earn double the money for the same labour as at home.

“In our regions, there is no work,” Kochar said. “And even if we do find it, it pays at half the rate you can get in Iraqi Kurdistan.”

Azad Husseini, a carpenter working in Iraq, said he had not taken part in protests but had been swept up in a demonstration when back home in the western Iranian city of Baneh.

Protesters were shouting “death to the dictator” and “life and liberty”, he said, adding that they also burned pictures of Khamenei.

Police fired tear gas and live rounds to disperse protesters equipped with nothing more than “sticks and stones”, he said.

Husseini said that while the death of Amini had been a trigger for protests, anger was rooted in wider grievances.

“The difficult economic situation in Iran… the repression of freedoms, particularly those of women, and the rights of the Iranian people led to an implosion of the situation,” he said.

“I don’t think the protests in Iranian cities are going to end anytime soon.”