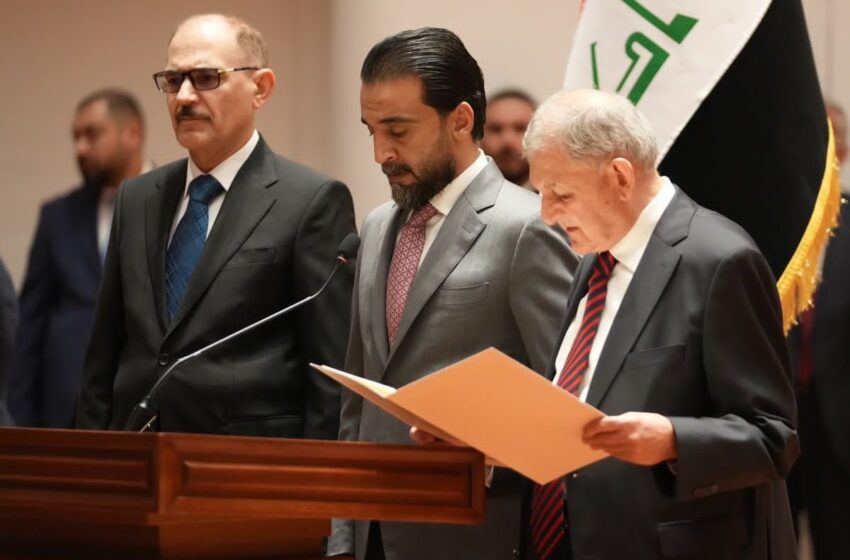 Abdul Latif Rashid, the recently elected president of Iraq, vowed on his first day in office to support attempts to swiftly assemble a powerful new government.

At his inauguration at the presidential palace in Baghdad, Rashid remarked, “The Iraqi people demand a new government to be constituted quickly, and that it be efficient and cohesive.”

It is now up to Sudani to put together a new government, which would put an end to the country’s year-long political impasse since general elections were held in October 2021.

Sudani’s competitor in Iraq’s majority Shiite camp, Moqtada Sadr’s movement, however, stated on Saturday that it would not cooperate with a Sudani-led administration, raising concerns about further delays that are frequent in Iraq’s multi-confessional politics.

The Iraqi constitution stipulates that the prime minister-designate has 30 days to form a cabinet, however this deadline is frequently missed.

In addition to promising to strive toward “stable and balanced relations with neighbouring nations and the international community,” Rashid said, “I will do everything I can to bring political forces closer together and sponsor a dialogue.”

With a staggering $87 billion in oil export income stashed away in the central bank’s coffers, the next cabinet faces extremely high stakes.

The funding can be used to reconstruct infrastructure, but lawmakers must first accept the state budget provided by the new government.

for more news, visit us on iraq2english.com